The guys interview Matt and David, creators of the Primacy app which is playable on Apple and Android platforms. Plus 2032 Olympics talk, around the grounds and Amby's Summer Classic experience. 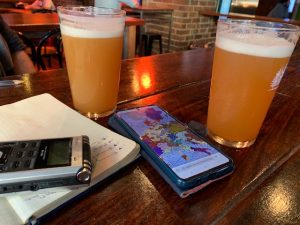 Interview with Matt and David from the Primacy App